The widget business is a fickle one. Some years Jerry can make up to $200,000, while in the down years he might only make $50,000. When Jerry’s income is high, he cannot deduct his IRA contribution because he is an active participant in his employer’s 401(k) plan. In those years, he makes nondeductible contributions to his IRA and diligently files Form 8606 to report them as such.

In the slow years, when Jerry and his wife’s income is below the deductibility phase-out range for active participants, Jerry contributes to his IRA and takes the appropriate deduction on his taxes. Jerry maintains excellent records and knows exactly how much deductible vs. nondeductible money he has in his IRA.

Jerry retired from the ACME Widget Company at age 65 and rolled his entire 401(k) plan – exactly $600,000 of pre-tax money – into his IRA. The split in Jerry’s IRA looks like this:

After many years of selling widgets and diligently saving, Jerry is ready to take his wife on fabulous vacations and live off his IRA money. He withdraws $10,000 from the IRA and asks the bank to report it as a withdrawal from the after-tax, nondeductible $300,000 portion of the account. “After all,” Jerry reasons. “Why pay taxes now? Might as well use up my three-hundred-K of after-tax dollars first.”

Uh-oh. Jerry may know everything about widgets, but he is about to get a lesson on the pro-rata rule.

When an IRA contains both nondeductible and deductible funds, each dollar withdrawn will contain a percentage of tax-free and taxable funds. This percentage is based on the ratio of after-tax funds vs. the entire balance in all your IRAs. You cannot withdraw (or convert) just the nondeductible funds and pay no tax.

What if Jerry had maintained two different IRA accounts at the bank – one for deductible contributions and one for nondeductible? It matters not. The pro rata rule states you must include the balances of all IRAs, even if they are in separate accounts (including balances in SEP and SIMPLE plans).

Inherited IRA accounts and Roth IRAs are not included when determining taxation on a distribution from a traditional IRA. Also, had Jerry left his 401(k) money in the ACME plan and not rolled it into his IRA, those 401(k) dollars would be excluded from the pro rata calculation on his IRA withdrawal.

(Widget Jerry didn’t take it too hard. He withdrew additional IRA dollars to make up for the shortfall due to taxes, suggested to the nice bank lady that she consider replacing her widget, and had a wonderful trip with his wife.)

For more information about any of our products and services, schedule a meeting today. 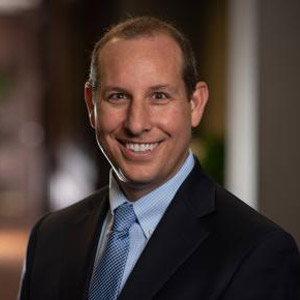 Mark DiOrio joined Brookstone as the Chief Investment Officer in 2015. In his role, he leads the firm’s investment committee and drives the firm’s investment policy, framework, and portfolio construction methodology.  He oversees the portfolio strategy group that provides recommendations on strategic and tactical portfolio design.  Mark directs research on external managers and develops internal strategies.  He produces and presents content for advisor training, a weekly Market Watch update, and the firm’s quarterly market reports.

Prior to joining Brookstone, he was responsible for launching and managing a boutique investment subsidiary of a publicly traded regional bank holding company. While there, Mark ran a global tactical asset allocation strategy and accumulated an 8 year GIPS® compliant track record. Mark has nearly 20 years of investment industry experience, including 10 years of multi-asset class portfolio management. He has been featured in Investor’s Business Daily and quoted in the Wall Street Journal. Mark received his MBA from Benedictine University, his BA from Eastern Illinois University and is a Chartered Financial Analyst (CFA). Mark is a member of the CFA Institute and CFA Society of Chicago. 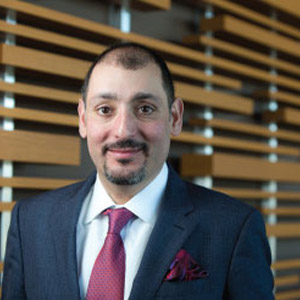 Dean is the founder and CEO of Brookstone Capital Management LLC (BCM), a SEC Registered Investment Adviser. BCM has forged strategic relationships with independent investment advisors around the country who affiliate with BCM as Investment Adviser Representatives (IARs). In this capacity, the IARs are able to utilize BCM’s vast money management experience and infrastructure. This allows the IARs to provide their clients with BCM’s professionally managed portfolios. As an independent firm, BCM is able to utilize the entire universe of investment options and vehicles to, BCM is able to utilize a large array of investment options and vehicles.

Dean received his Bachelor of Arts in economics from Northwestern University. He completed the Business Institutions Program and the Undergraduate Leadership Program and was a member of Omicron Delta Epsilon Economics Honor Society. Dean received his Juris Doctor degree from Northwestern University School of Law. He received his master’s degree in taxation (LLM) from Chicago-Kent College of Law. Dean is a CERTIFIED FINANCIAL PLANNER™ professional (CFP) and holds an Illinois insurance license for life, health and long-term care.

Dean has appeared on CNBC, Fox Business Channel, Bloomberg TV, the Street.com and WGN as a financial expert and has been published and featured in numerous financial publications. Dean is also a member of the Million Dollar Round Table (MDRT).

The Million Dollar Round Table is a trade association to help insurance brokers and financial advisors establish best business practices and develop ethical and effective ways to increase client interest in financial products, specifically risk based products like life insurance, disability and long term care. Annual qualification requirements include demonstrating a set annual production requirement and agreeing to a code of ethics, but is not based on client experience or performance. For more information regarding the Million Dollar Round Table eligibility, please see https://www.mdrt.org/membership/requirements/.  Membership in no way constitutes an endorsement from Million Dollar Round table or any client.   To qualify for top of the table a member must demonstrate annual commission of six times the base requirement. 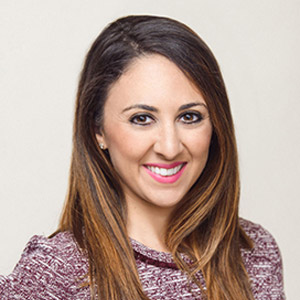 Jennifer Eseed is an Attorney of the firm and concentrates her practice in Estate Planning and Business Succession Planning. Jennifer provides highly personalized estate planning and business planning services that include asset protection and legacy planning, qualified retirement asset planning, and planning for beneficiaries with special needs. Jennifer currently holds licenses to practice law in the following jurisdictions: Arizona, California, Colorado, and Illinois.

While in law school, Jennifer worked in different legal capacities from the civil litigation and employment divisions of various firms to working in a judge’s chambers at the Circuit Court of Cook County. After graduating, Jennifer practiced law at a firm that represents school districts and local governments throughout Illinois until coming to Perkins & Zayed, P.C.

Jennifer and her husband enjoy traveling and any activity that includes their two young children. 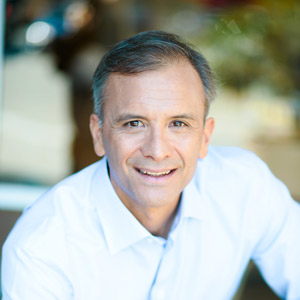 Mortgage expert and industry veteran Brett Bowen of First Source Financial can help. His personal, service-driven approach to home loans means an efficient and simplified process that takes the guesswork, headaches, and stress out of the equation for you and your family.

Home buyers across Southern California for the past 26 years have trusted Brett with their home loans and refinancing. His open communication, exceptional service, and trustworthiness have made him the go-to guy for mortgages across the area. 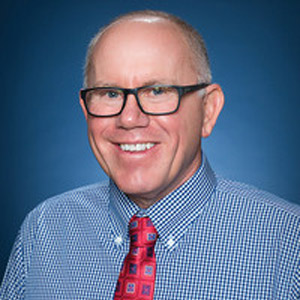 I became a State Farm agent in 2001, I am an Orange County native, My office is located in Ladera Ranch, CA, and my agency is licensed in CA, AZ and NV. My office handles homeowners insurance, condo insurance, renters insurance, auto insurance, umbrella insurance, business insurance and earthquake insurance.

I was drawn to State Farm because of what the company stands for. I am passionate about helping customers achieve their goals and protect what’s most important to them. Building lasting relationships with my customers is a top priority, and I take a hands-on and attentive approach to ensure they receive the finest experience and their needs are being met. 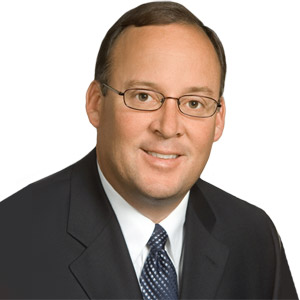 As the owner of Cox Strategic Wealth, Kirk Cox is driven by the desire to help pre-retirees and retirees effectively prepare for retirement by building financial strategies focused on preservation, growth and income.

Kirk started in the financial services industry in 1990 as a mortgage consultant in Mission Viejo, California. After a few years, he realized his passion lay in assisting others in a more comprehensive financial manner. He now enjoys working closely with clients in income planning for retirement and money management. Kirk’s process ultimately focuses on preserving clients’ assets while still growing them by creating strategies that use a variety of financial vehicles in order to help them pursue their goals and objectives.

Kirk can be seen throughout Orange County in various restaurants conducting informational seminars and insurance sales presentations and has been heard on KLAA 830 AM as the co-host for Straight Talk Wealth Radio. He holds his California life and health insurance license (CA insurance license #0F19360) and has passed the Series 65 securities exam.

A California native, Kirk lives in San Clemente with Traci, his wife of more than 20 years, and their two children, Nicole and Zachary. When he isn’t supporting his children with their school activities, Kirk spends his free time snowboarding, at the lake or beach, reading or in the company of family and friends.​

Dalila moved to Texas in January 2020.  Dalila joined our team this past tax season and helped Gerry complete 50% more tax returns than the previous year.  Dalila Graduated from Indiana University South Bend in 2016 with a Business Degree.  In the 5 years since her graduation Dalila has honed her skills and brings to our team her professional attitude and remarkable administrative knowledge.

Terry Hutchens is a CPA and native Austinite. He spent his first 10 years with two Big Four accounting firms in Houston, Texas. Terry then returned to Austin and has practiced accounting and financial consulting for the past 20 years in Central Texas. For the past six years, Terry and Nathan have partnered to operate the firm, Hutchens & Sheppard, LLP. Nathan and Terry function as defacto CFOs for small businesses, individuals and families.

They guide all clients in the financial decisions that impact their state, federal and sales taxes, along with ongoing expenses and revenue generation. Their approach establishes the client’s financial net worth at first meeting and then creates a plan to sustain and enhance the client’s financial status. Terry says Hutchens & Sheppard, LLP is, “the foundation that controls the risk and reward factors for their clients”.

Parker is attending college and is interning at Senior Tax Advisors so that he can learn the business from his Father and brother.  Parker’s primary goal is to become the Property and Casualty Specialist within the next 6 months.

Lisa Capriotti graduated from Gettysburg College in 2002 and went on to earn a Ph.D. in Chemistry from the University of Delaware. After that, Lisa completed a prestigious post-doctoral fellowship at John Hopkins University in biomedical engineering.

She then served six years in the US Navy where she became a lieutenant. Currently, Dr. Capriotti teaches chemistry part time at The Citidel: The Military College of South Carolina. She also works as an insurance specialist for Senior Tax and Insurance Advisors. Lisa has earned both her Series 7 and her Series 66 licenses and is qualified as a fully-licensed investment advisor.

Jimye is our company’s Financial Records Administrator. She recently retired after successfully completing 24 years of teaching (in Leander ISD and Albuquerque Public Schools). Prior to her teaching career, Jimye was employed as a Tax Auditor for the Internal Revenue Service.

Her formal education credentials include a MA in Educational Administration and a BS in Elementary Education (both earned at The University of New Mexico).

Gregory first began working in the financial services industry in 1982. He has been with Senior Tax and Insurance Advisors, PLLC since 2005. Gregory spends most of his days meeting with clients and helping them to understand (based on their individual wants and needs) at what age they should request receipt of Social Security benefits so as to maximize their Social Security retirement income.

Gregory’s mission is to make certain all of the clients with whom he meets continue to receive the personalized financial services and support they are seeking from STA.